Résumé of a 21st Century Terrorist: The Social Media and Marketing Major 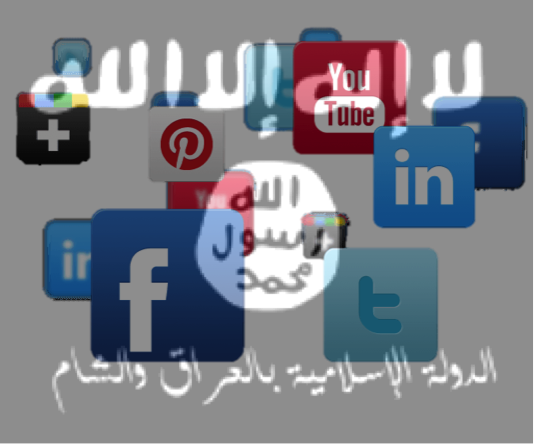 Earlier this month ISIS became the wealthiest terrorist organization on the planet with its financial seizures in Iraq. Today, there were headlines across the world regarding merchandising as a new 'marketing' tactic of ISIS to fund raise as they work to accomplish their aspirations of global domination.

But we should not be expressing such shock that ISIS T-shirts and merchandise are surfacing.  This is simply a symptom of an inevitable evolution of the 21st century terrorist  - a well educated, tech and media savvy, often young individual that have been influenced by the global power of Islamist groups, such as al Qaeda and its terrorist affiliates across the MENA region.

We are no longer in the era of a cave-dwelling terrorist statement recorded on VHS - videos by terrorist groups such as ISIS are uploaded online and streaming as quickly as they are moving across the region.  As the tool that inspired and enabled the Arab Spring, social media and smart phone use have spread rapidly across the MENA region, empowering young people, activists, and social entrepreneurs to find a new place in the globalizing world.

But with the rise of any cultural phenomenon, a counter culture will arise with it, and the use of these technology networks by terrorist groups has been just as apparent since 2011.

In 2010, even before the Arab Spring boom, Dr. Reza Aslan addressed the fact that terrorist groups had begun recruiting educated individuals to their causes,

And their timing is prime, not only are masses of technologically savvy young people in the MENA region being overrun by the violent tactics of terrorist and extremist groups, they also happen to be well educated; a trend that has continued and even grown amidst the turmoil that has plagued the region since 2011 (*recent statistics were not available for Syria, but one should note that according to UNICEF, the conflict has forced 2.8 million children out of school for months, and some for years).

Moreover, the outreach tactic of these groups through the use of social media also acts to attract a younger demographic on its own – and that younger demographic pool has grown substantially since the Arab Spring. As youth groups across the Arab region are increasingly disenfranchised from the governmental process they search for a forum where they are able to have a collective discussion and a voice, and social media has provided the perfect tool for that outlet.

What is it that terrorist groups are able to harness in this media that well-equipped governments cannot? According to Dr. Aslan,

So how can we combat terrorism that moves at the speed of social media? Earlier this month, the National Journal addressed a report from the Woodrow Wilson Center regarding the use of new media by terrorists in the Middle East. The report shows that terrorist groups are engaging on a number of social media networks, including the most popular: Twitter and Facebook, in order to gain support, funding, and recruits.  The report's author, Gabriel Weimann suggests,

… the same social-media tool could be a boon to the U.S. and other nations seeking to counter terrorists and their narrative. But thus far… terrorists are doing a better job than governments at using the medium.

In the post-Arab Spring era, community mobilization is key to any movement.  Social media was simply a means to this end in 2011, and it has not stopped serving as a tool for mobilization.  One thing that most of the MENA region governments have certainly not been able to do is to reach out to the hearts and minds of their own people.  The deep-rooted aspirations of these people are what led many of them to face bullets and beatings in order to overthrow dictators.  One thing that the Wilson Center report shows is that the convening tactics around these same passionate emotions have since been tapped into by a much darker and stronger power.

Activism is built on community empowerment and development, and as such these organizations maintain the ability to get work done on the ground – where the violent situations are moving the fastest; bureaucracy is slow to begin with, but when governments are unstable, in flux, or non-existent, getting action to meet the speed of the terrorist groups is difficult to say the least.

Even in the arena of cultural heritage, average citizens – #ArchaeoActivists – such as Monica Hanna, have been able to mobilize communities through Twitter and Facebook in response to heritage threats and successfully protect sites against pillaging from gangs when the Egyptian government was unable or unwilling to do so.

There is certainly a gap between the cooperation of activists, NGOs and non-profits, and the governments leading the nations they work in. However, if this grass roots convening power can be used to address antiquities and culture, which are typically the least funded of any ministries in most MENA nations, the implications for combatting terrorism could reach substantially further if tapped into appropriately.


In this current era of instability with the rapid pace of ISIS and other terrorist movements across the region, it is imperative that national governments exercise their abilities to work with NGOs in order to foster greater support against terrorist groups among the wider populations.  Terrorists have worked extensively to keep up with the pace of globalization as it impacts the average person – merchandising, communicating, and reaching the issues that matter to them when they are faced with a crisis and a side to choose – we should expect nothing less of both MENA region governments and our own as we prepare to combat the growing terrorist threat by ISIS that impacts us all.

All of the thoughts and opinions on the AnthroPaulicy blog and Twitter are my own and do not represent that of any organization or group.
Posted by Unknown at 10:32 PM